The Welsh Liberal Democrats announced plans today for a new Help to Rent scheme targeting support at young working adults who still live with their parents but want to move out and rent their own place.

Proposals put forward by the Welsh Liberal Democrats would mean young working people in Wales will be able to borrow up to £1,500 from the Welsh Government to go towards their tenancy deposit. To be eligible, tenants would need to be between 18-30 years old, in paid employment and not be home owners or seeking social housing tenancy. Loans would be paid back over one or two years, so the money can be re-used to help other renters.

The knock-on effect of having young working adults in the family home can also lead to parents having to upsize or delay the downsizing of family homes to accommodate older children, thereby reducing the availability of family homes. 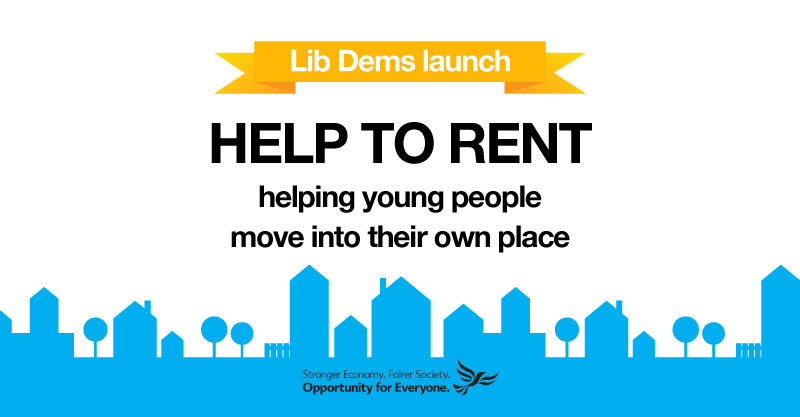 “Research shows that around two million young working adults in the UK still live with their parents, despite being in paid work.

“I have had a number of young people come to see me over the years with housing problems. Too often young people can’t move out of their parents’ home simply because they can’t afford to pay the deposit up front. The Welsh Liberal Democrats will help them.

“The truth is that unless young people have access to financial help from their parents, they may not be able to find a deposit to move out and that simply isn’t fair.”

“Our Help to Rent scheme removes this barrier to young people’s independence, providing access to up to £1,500 towards their tenancy deposit so they can fly the nest and rent their own space.

“When you get your own job, you want to stand on your own two feet, have your own space, and not have to rely on the bank of mum and dad.”