The Welsh Liberal Democrats are today launching their plans for a new health watchdog that would be completely independent from the Welsh Government.

The party believes that current system for ensuring the quality and safety of healthcare services in Wales is not fit for purpose and that Healthcare Inspectorate Wales should be scrapped and replaced with a new, independent and more robust system. 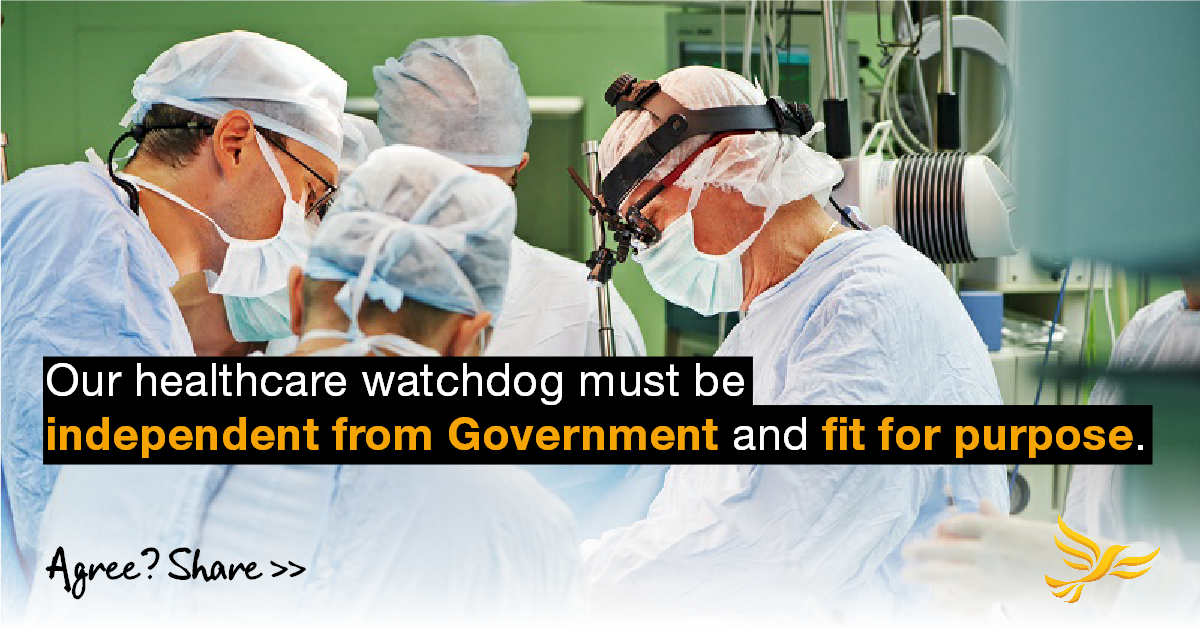 The party would also:

“The latest round of shocking reports on care within our NHS reveals a complete failure of all the systems that should be in place to protect our most vulnerable people.

“The current system for ensuring the quality and safety of healthcare is not fit for purpose. We would establish a more proactive and robust system of inspections, with a new health watchdog that is fully independent of the Welsh Labour Government.

“It is right that Betsi Cadwaladr UHB has been put into Special Measures, but a watchdog should be able to take this decision without reference to Ministers.

“Our watchdog would be led by a new chief inspector for hospitals and healthcare. He or she could carry out targeted inspections in response to quality concerns and routine inspections of all hospitals on a regular basis.

“There continues to be a culture of fear, bullying and secrecy in the NHS where staff are too scared to come forward. We need to encourage a stronger culture of openness in the whistleblowing process and reform complaints procedures to ensure greater independence. Simple measures such as an all-Wales Whistleblowing hotline should be introduced.”

Click here to add your backing to the campaign.