Vaccine Passports Should Be Scrapped

The Welsh Liberal Democrats have called for Wales’ vaccine passport system to be scrapped at the next Welsh Government review. The Party states no evidence of their effectiveness has ever been provided to show the scheme works and that they are not providing a public health benefit. 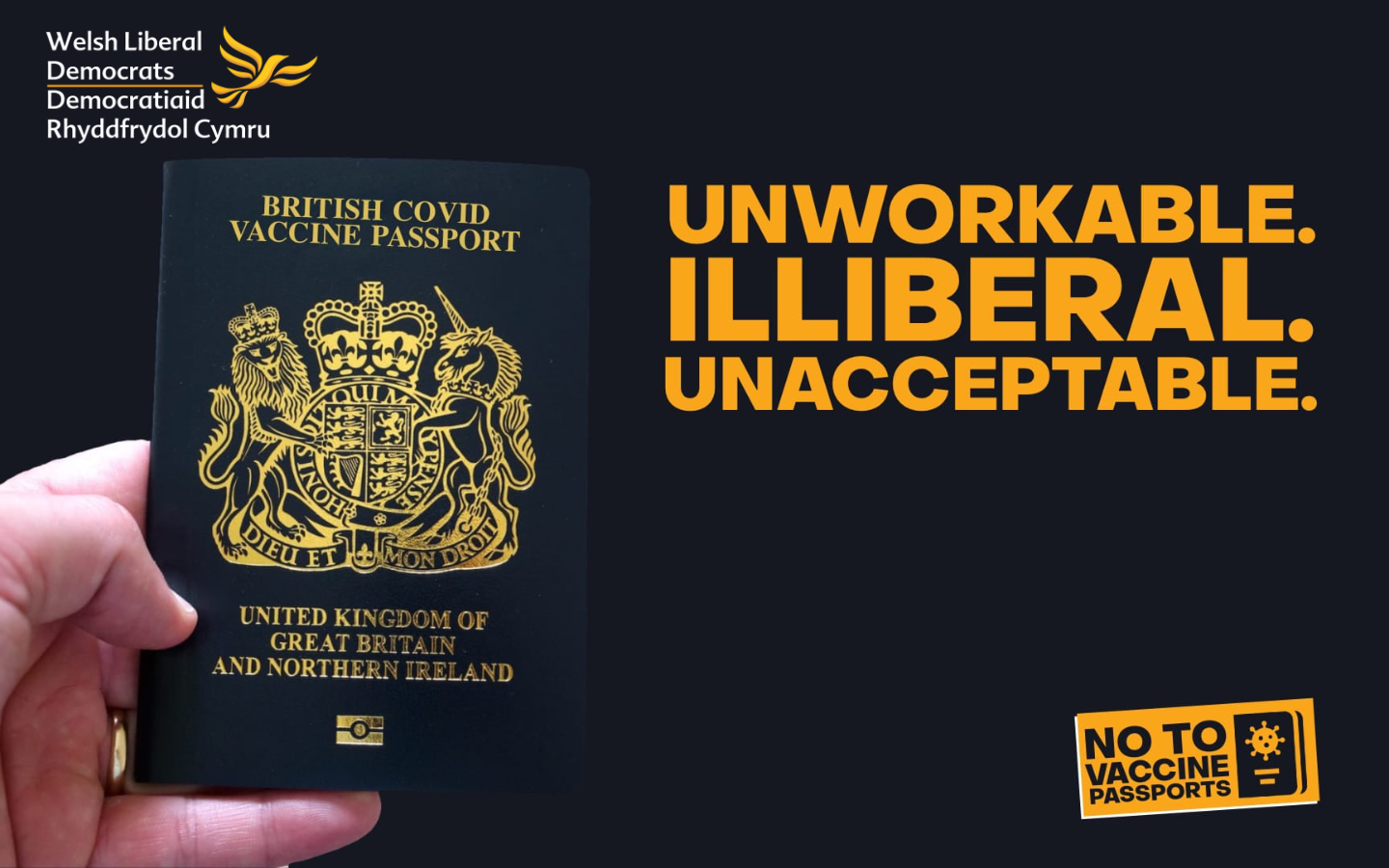 “With the collapse in cases of Omicron over the last two weeks, the Welsh Government should urgently consider scrapping the COVID passport scheme.

“Throughout the period of the schemes operation, we never received any evidence the passes were effective at reducing transmissions and the vast majority of businesses required to operate the scheme were forced to close.

“Businesses urgently need support and less red tape as they look to recover, we should not be continuing with a failed scheme that has no proven public health benefit, but does negatively impact Welsh businesses.

“If civil liberties are to be infringed upon, it is vital such moves are proportional and based on evidence.”