Speaking on BBC Radio Wales’ Sunday Supplement programme, Nathan Gill also appeared to acknowledge that his party would abolish the Department of Energy and Climate Change. 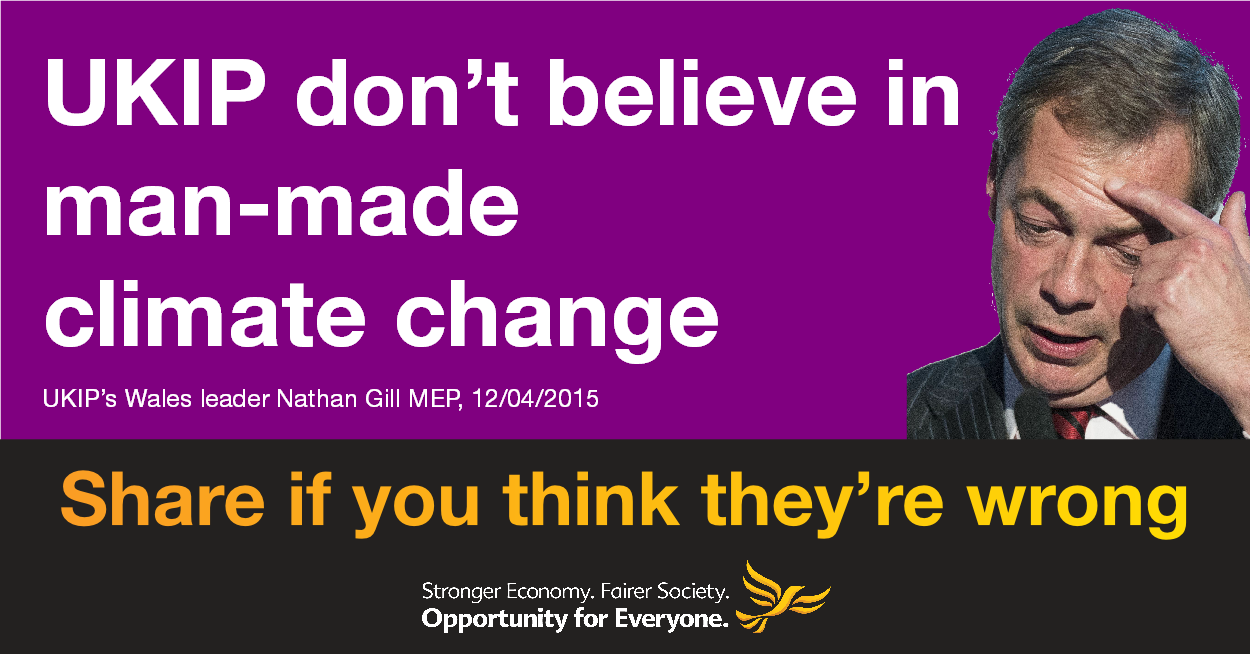 “It’s staggering to hear that UKIP deny the existence of man-made climate change. Once again, UKIP is trying to take us backwards, rather than forwards.

“The Welsh Liberal Democrats understand that climate change is one of the most serious threats facing the world. Either we sit back and do nothing, like UKIP would like, or we actually try to change things for future generations.

“The question is, how much more hard science is needed to convince UKIP that they’ve got it wrong?

“If people want a party that will tackle climate change at the heart of Government, then the Welsh Liberal Democrats are their only option.

“Climate change doesn’t stop at borders and Welsh Liberal Democrats believe it is crucial to work with other European countries to fight to cut carbon and promote green jobs.”