The Welsh Liberal Democrats have paid tribute to former Welsh Assembly Member Mick Bates following the news that he has passed away following a battle with cancer. 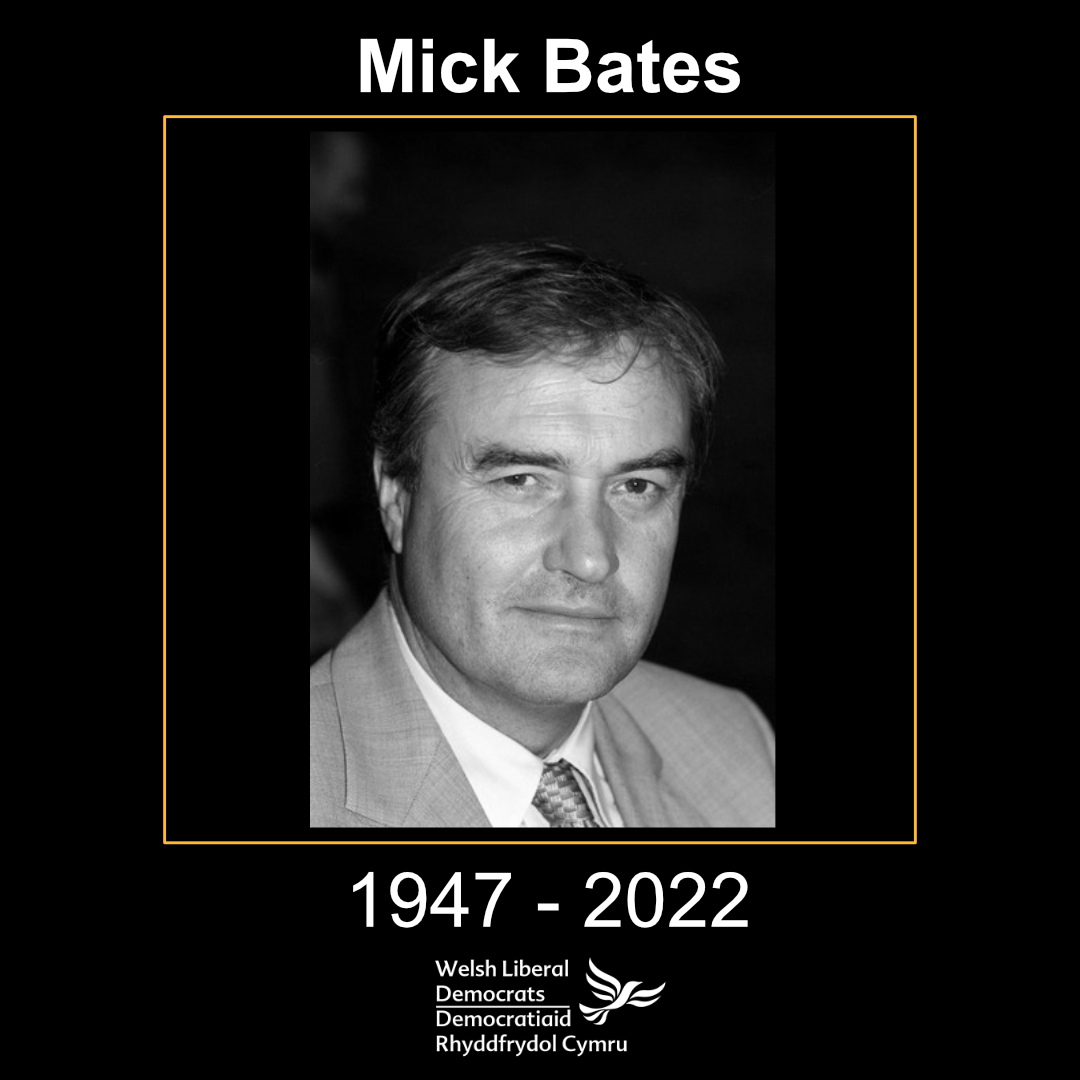 Mick Bates was elected as the Liberal Democrat member for Montgomeryshire constituency in the inaugural Welsh Assembly elections in 1999 and continued to serve as its member until 2011.

Prior to becoming the Assembly Member for Montgomeryshire Mick had worked as a teacher, as a farmer and as a Liberal Democrat County Councillor.

Mick was well known for being a tireless campaigner for rural communities, but also for being decades ahead of his time on the need to tackle climate change advocating for action to save the environment years before it entered the political mainstream.

As a County Councillor, he started a community regeneration scheme as Chairman of the Llanfair Town Forum, which successfully obtained Market Towns Initiative status. He also produced and presented the Radio Maldwyn farming programme and organised a scheme for students to visit farms alongside helping to found Montgomeryshire Rural Enterprises in 1997.

While a Member of the Welsh Assembly, Mick campaigned for extra money for rural schools helping establish a small schools fund and fought for better infrastructure in Mid Wales having been a major driving force behind getting the Newtown Bypass built.

Mick also designed the unique concept of Farming Connect, a free business advisory service to help farmers throughout Wales. During his time as an Assembly Member, he also helped found the cross-party National Assembly Sustainable Energy Group (NASEG) which sought to promote the development of a sustainable energy industry in Wales.

“Mick was one of the most welcoming and kindest people I knew.

“When I first arrived in Welshpool nearly ten years ago, he was so generous with his time with me.

“His knowledge of the issues affecting his beloved Montgomeryshire was endless. He was one of a kind - there will never be another Mick Bates.

“Our thoughts and prayers are with his wife Buddug, his children Ruth and Daniel, and his five wonderful grandchildren alongside the rest of his family and friends.”