It is with sadness that we announce that Former Assembly Member Aled Roberts has passed away aged 59. Aled was the Welsh Liberal Democrat Assembly Member for North Wales from 2011 to 2016 and served his community both as an Assembly Member and previously as a Councillor for Ponciau Ward from 1991-2012, in addition to his roles as former Council Leader and later Welsh Language Commissioner. He will be deeply missed by all of us in the Welsh Liberal Democrat family and our thoughts and prayers are with his family and friends at this difficult time. 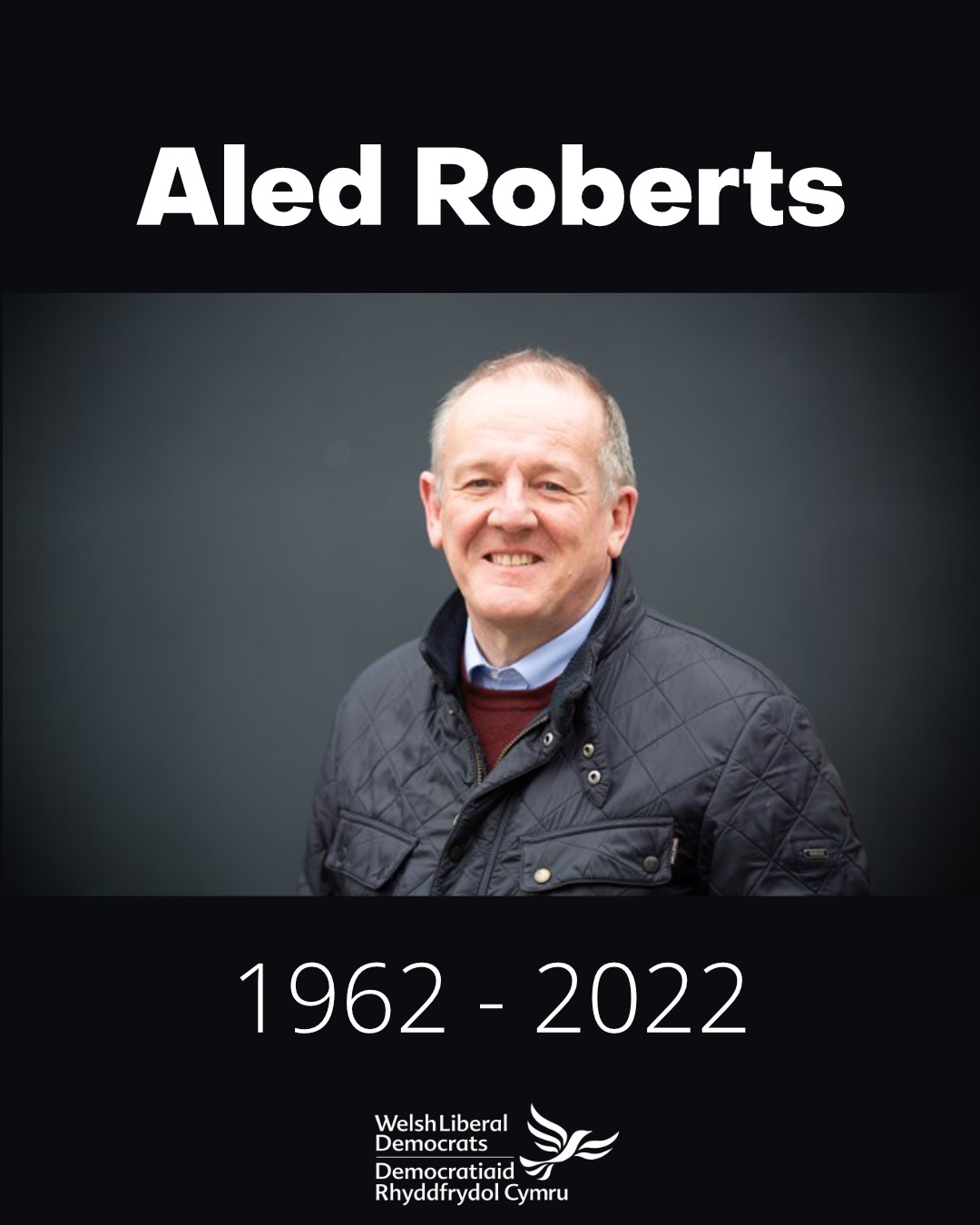 “I am devastated to hear of the passing of Aled. Aled was a committed liberal and was known for his extraordinary hard work as both an Assembly Member for North Wales and as a senior councillor, and former Council Leader on Wrexham County Borough Council. This news is a deep blow to the Welsh Liberal Democrat family and my thoughts and prayers are with his family and friends at this difficult time.

“Throughout his time as an Assembly Member Aled continued to put standing up for his communities at the very heart of everything he did. Just one example was his tireless and successful campaign for Llay to have solar panels installed on all homes within the estate.

“In his role as Shadow Minister for Children, Education and the Welsh language, he fought tooth and nail for investment in our young people, not least for the Welsh Government to maintain the Pupil Deprivation Grant. He is also well remembered for only ever making his contributions in the Siambr in Welsh.

“As a councillor, Aled was a role model community servant and represented the Ponciau Ward from 1991-2012 and served as Mayor of Wrexham in 2003-04. He was elected Leader of Wrexham County Borough Council in March 2005.

“Outside of politics, Aled also had a distinguished career as local solicitor and in 1985 he was part of a campaign to protect a local Miners' institute from closure. He also was the Chair of Governors for many years at Ysgol Gymraeg I D Hooson and a Governor at Ysgol Maes y Mynydd, Rhosllanerchrugog. He was also a committed Christian.

“Aled will be most remembered for his dedication to the Welsh language. A tireless advocate of the protection and promotion of Welsh, he excelled in his role as the Welsh Language Commissioner and sought to promote the language in all aspects of life, including in his role as an Assembly Member.

“Aled’s passing will leave a deep hole in Welsh political life and in our Party, he was someone who knew everyone and left a positive impression on all those he knew. We will miss him greatly.”

"So very sad at the passing of Aled Roberts. A superb colleague. Smart, compassionate and effective. He was great company, always ready with a story, usually about characters in his beloved Rhos. Condolences to Llinos and family."

"Struggling to believe that my friend & colleague Aled Roberts has passed away. He was a wise counsellor, a kind heart & a man who could find a bridge between people. Everything he did with his life was driven by the desire to serve others. A man of pure faith & wicked humour.

As Welsh Language Commissioner he sought to encourage & support people to love & enjoy the language. Let’s try to honour that.
His love of Wrexham AFC was only surpassed by his love for his family. My condolences to them in their terrible loss."

"I'm numbed to hear this terrible news. Aled was a kind, thoughtful team builder and wise counsellor. His commitment to Wales, the Welsh Language and his Chapel was second to none. A true Welsh Liberal, a genuine patriot and a loyal friend."

"Still stunned at the untimely death of Aled Roberts, a kind, compassionate, and wise colleague and friend, whose commitment to public service was second to none. A great loss to his family, friends and to Wales. My condolences to Llinos and all his family."