Figures show that over £1bn would have been taken out of the Welsh economy had the Liberal Democrats not stopped the Tory’s plans for regional pay.

As Chancellor, George Osborne asked pay review bodies to look at the case for ending national pay deals in the public sector so that public sector salaries were brought down to the level of the private sector in each region. However, Liberal Democrat Ministers fought against these plans and ensured they weren’t taken forward.

This comes on the same day that Nick Clegg has said the Liberal Democrats in Government would issue guidance to public sector pay review bodies to ensure pay increases at least in line with inflation in 2016/17 and 2017/18.

Slashing public sector salaries by this much would have taken around £1.4 billion out of the Welsh economy. 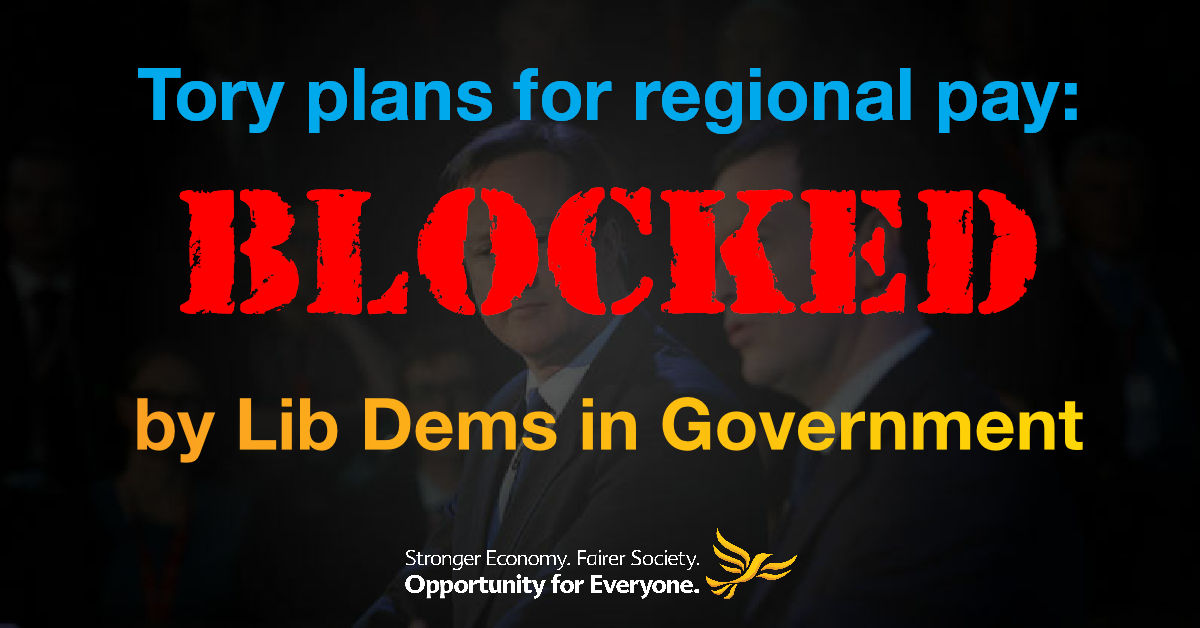 “The Tories wanted to pay people less just because they work in Wales – we stopped them.

“Without the Liberal Democrats in government, the Tories would have taken over a billion pounds out of the Welsh economy with public sector workers having their wages slashed.

“Regional pay fails the economic test and it also fails the fairness test. It would only serve to further engrain regional inequalities and that is why we fought to stop it.

“Let’s not forget that Labour's hands are dirty on this issue. They introduced regional pay by bringing it into our courts system. We made sure the coalition didn’t repeat Labour’s mistakes.

“The Welsh Liberal Democrats played a key role in stopping regional pay. They led the campaign from the beginning and deserve credit for standing up for the people of Wales.

“The way to build a stronger economy and fairer society, where everyone has opportunity to get on in life, is not to punish public sector workers outside of London and the south east.”