The Welsh Liberal Democrats have welcomed reports that plans for the world’s first tidal lagoon based in Swansea Bay will be unveiled in the Budget today.

It has been reported that the UK government will announce that it is entering formal negotiations on funding a £1bn project to produce electricity from turbines in Swansea Bay.

The Tidal Lagoon Power company will be offered the chance to discuss subsidies for the project. This opening of negotiations on the contract (a ‘Contract for Difference’) would be seen as a win for the Energy Secretary, Ed Davey MP, who has been a keen supporter of the lagoon. 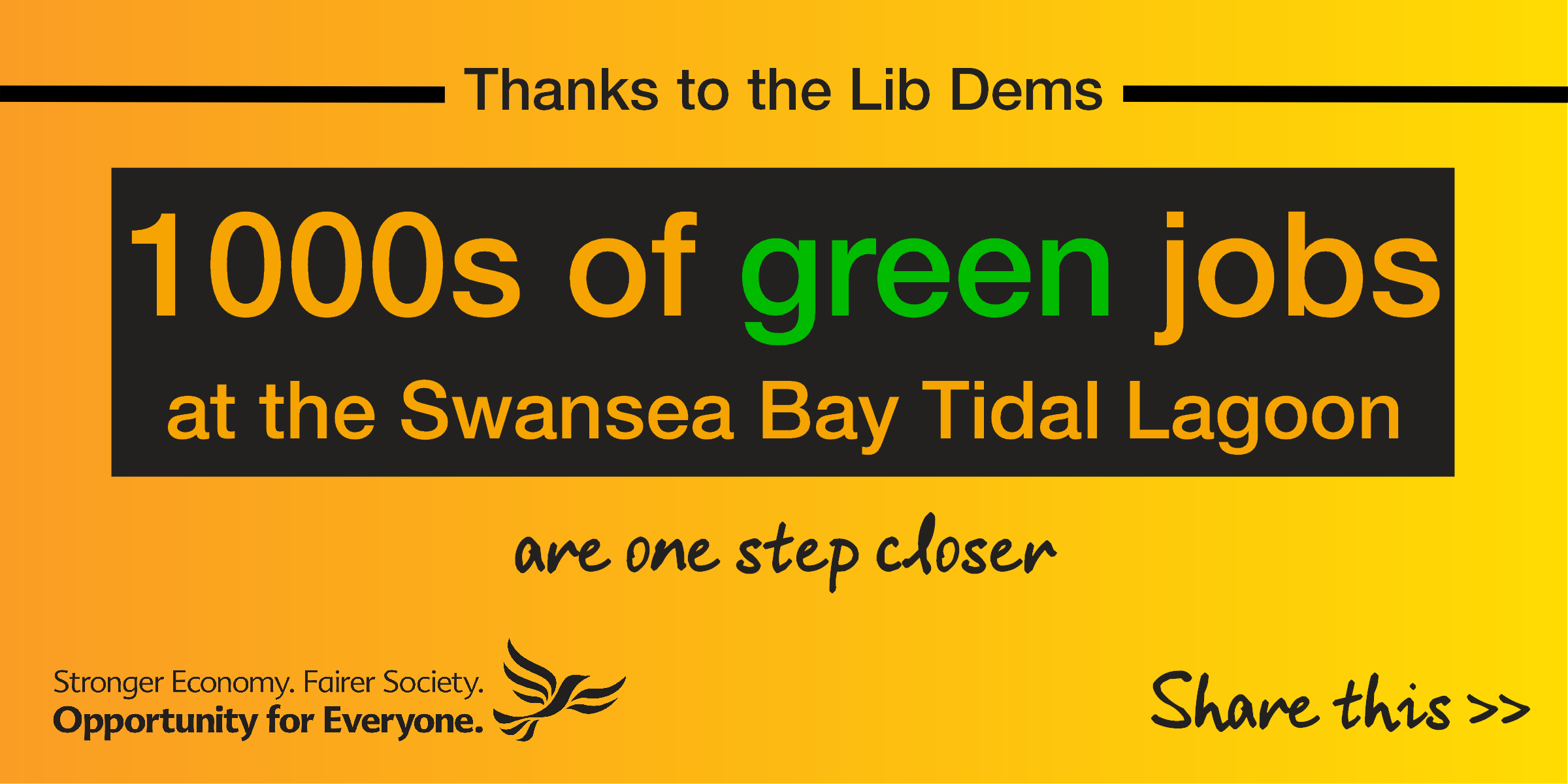 “This is fantastic news for anyone who believes in green energy. The Liberal Democrats remain the only major party that puts tackling climate change at our heart.

“In the Coalition Government, our Energy and Climate Change Minister, Ed Davey, has worked to make sure the environment stays at the top of the agenda, even though it isn't a priority for the Conservatives.

“As well as supplying our own green ‘homegrown’ electricity, this reported announcement would also help reduce our reliance on importing energy from potentially volatile parts of the world including Russia and the Middle East.”

“This lagoon has the potential to bring a massive economic boost for Swansea and surrounding areas.

“It is expected that the project could produce a huge number of local jobs and could well generate millions of pounds in the region.

“Liberal Democrats in Government have a proud record on renewable energy. Renewable electricity generation and investment have both more than doubled since 2010, and for example we are the world leader in offshore wind.”