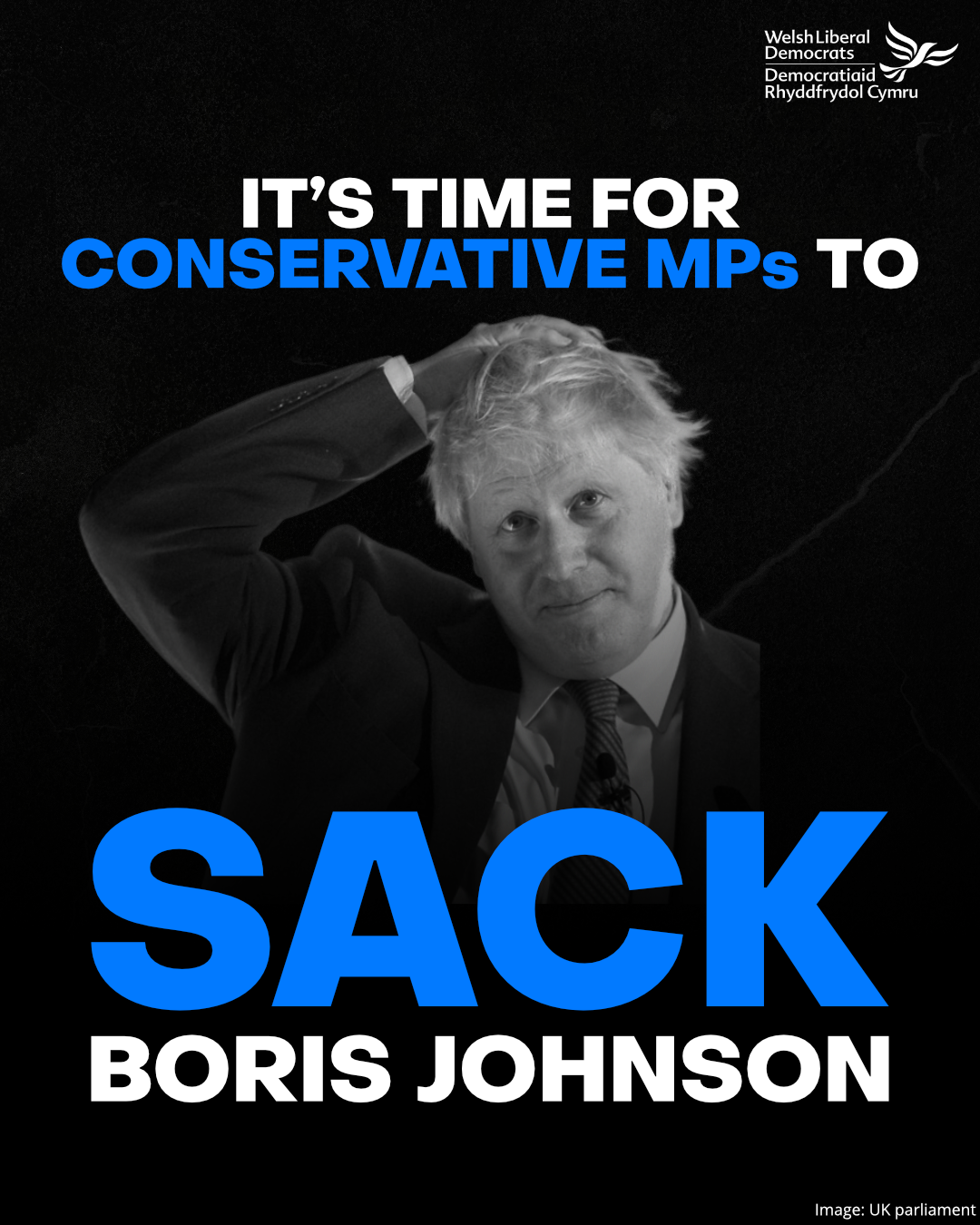 "This report lays out in black and white the culture of rule-breaking and lawbreaking presided over by the Prime Minister. He made the laws, broke them and then lied about it to the British public.

"This is also a defining moment for the Welsh Conservatives who have recently spoken of their wish to have a distinctive identity in Wales.
“I have spoken to members of his party and Conservative voters who are shocked that Welsh Conservative MPs are still standing by a Prime Minister who is only out for himself. They need to grow a backbone and submit their letter of no confidence.”