The Welsh Liberal Democrats brought their Brexitometer campaign to the Hay Winter Festival this weekend and gained the support of stars including Gina Miller, James O’Brien and Jeanette Winterson.

Welsh Liberal Democrat President and Powys County Councillor William Powell and local activists were campaigning for a People’s Vote with the option to stop Brexit.

People were asked whether they preferred Theresa May’s Brexit Deal, a no deal Brexit or no Brexit at all and whether the UK Government, Parliament or the people should have the final say on Brexit.

It was a pleasure to be at the Hay Winter Festival this weekend and gain the support for a People’s Vote and an Exit from Brexit from celebrities and punters alike.

Our Brexitometer at the festival showed what countless Brexitometers have shown throughout this Autumn and Summer. The people clearly want to have the final say on Brexit and the opportunity to choose an Exit from Brexit.

We have led the fight for a People’s Vote for the last two years because we know just how devastating Brexit will be for Wales.  Our campaign is closer than ever to succeeding.

We will not rest until the job is done. We will fight from Hay to Holyhead, from Pembrokeshire to Wrexham until we secure an Exit from Brexit. 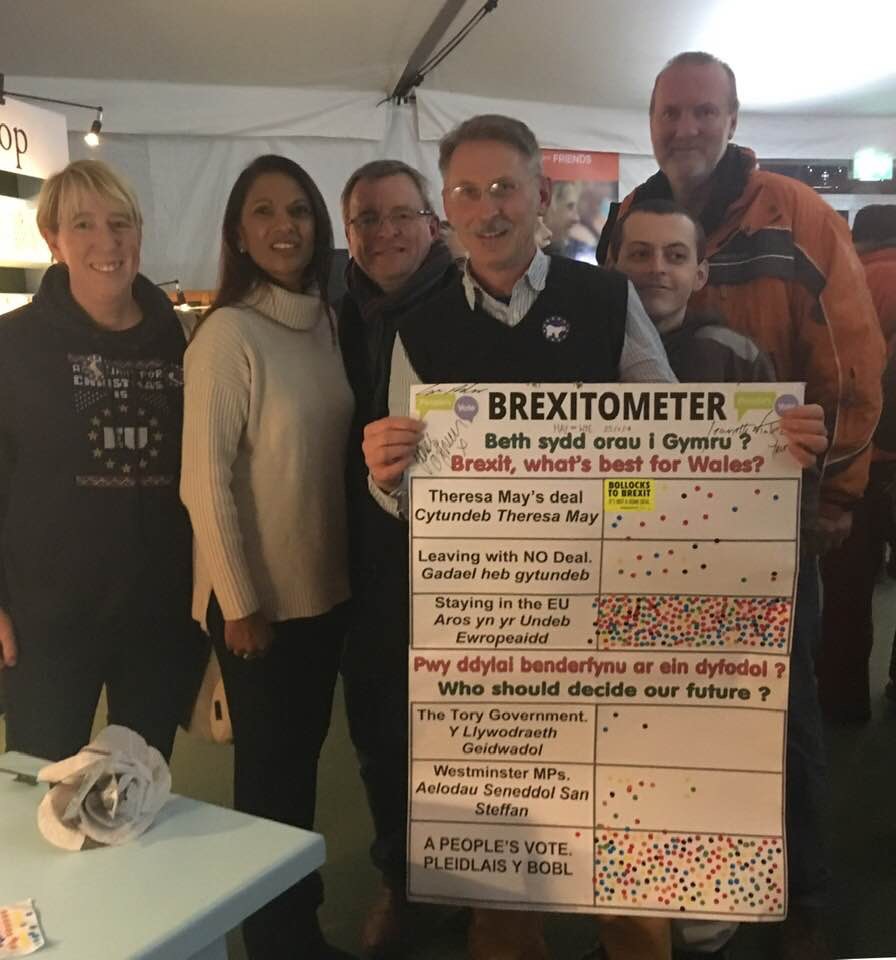