Speaking ahead of a visit to Cardiff, Nick Clegg has highlighted the Liberal Democrats’ six red lines that must be agreed to as part of any coalition negotiations in the next government. 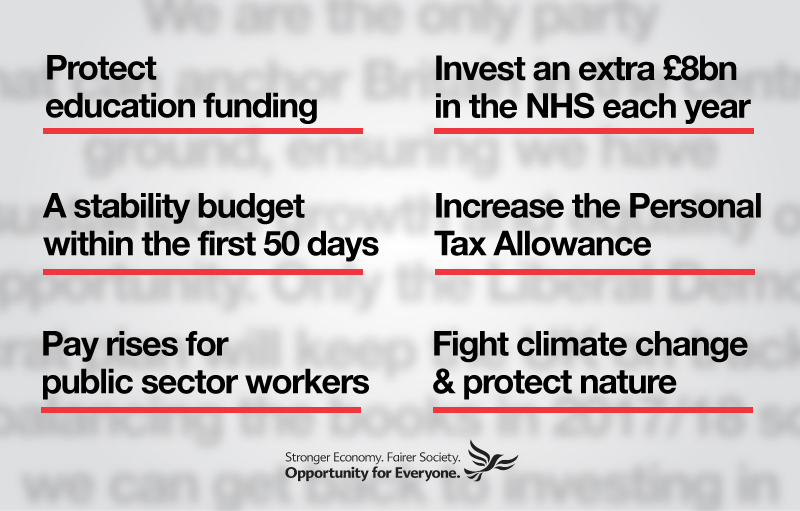 “The era of the single party government is over. It’s time for the people of Wales to decide who they want in Government.

“There is a huge amount at stake. The only way to keep Wales safe, stable and fair is with Liberal Democrats in Government.

“We won’t let the Government lurch off to the left with Labour and the SNP borrowing recklessly and threatening the future of our United Kingdom.

“And we won’t let it lurch off to the right with the Conservatives and UKIP cutting to the bone and dividing our communities.

“Our red lines are a clear message: the Liberal Democrats are the only party that will build both a stronger economy and a fairer society, enabling opportunity for everyone.”