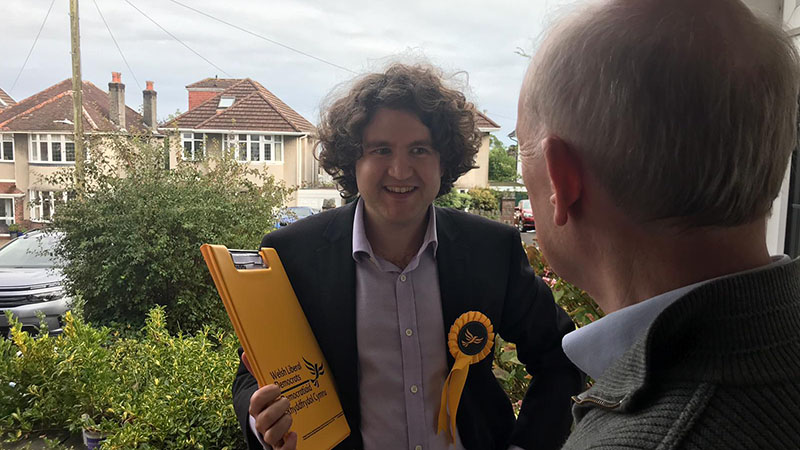 As MP for Swansea West, Michael  will demand better for our communities and champion an open, liberal and prosperous Britain.

Michael and the Welsh Liberal Democrats need your support to deliver their positive plan for change and to Stop Brexit.

Michael is a local campaigner who lives in the Sandfields area of Swansea. He is a prominent anti-
Brexit campaigner in Swansea and is an active supporter of Swansea’s green spaces, joining the
efforts to save Home Farm in Singleton Park and supporting the Friends group in the historic
Cwmdonkin Park.

He works at Swansea University in the commercial services, where his projects have included leading
the crowdfunding campaign to bring the “Santander Cycles” bike hire scheme to Swansea. Prior to
joining the University, he ran his own small hospitality business, and is an enthusiastic backer of the
Welsh Liberal Democrats’ plans to reform business rates and to reduce VAT for hospitality and
tourism businesses.

Michael was also formerly an Army Reservist with 3rd Battalion the Royal Welsh, is a strong supporter
of the armed forces, and has backed campaigns to provide greater support to military veterans. In
his spare time he enjoys running, hiking, and alpine skiing. This is the second time he has stood for
election in Swansea West, having also stood for the Welsh Liberal Democrats in 2017.

A Positive Plan for change in Swansea West

By voting for Michael  you can back his positive plan for change in Swansea West, dealing with the local issues that our community is facing.

Back Michael  and Demand Better for Swansea West

Michael and the Welsh Liberal Democrats need your support to deliver their positive plan for change, demanding better for Swansea West and to Stop Brexit.