Welsh Liberal Democrat MP for Ceredigion Mark Williams has questioned the Secretary of State for Wales over what he is doing to assist the Welsh dairy industry.

The dairy industry has come under pressure recently from a combination of rising supply and falling demand, particularly as a result of lower than expected demand from China and Russia's ban on food imports. Mark Williams has therefore called for more to be done to protect the many farmers whose businesses are struggling as a result in the fall in milk prices.

During the question session in the House of Commons chamber, Mark Williams called on the Secretary of State to back the Lib Dem call for the role of the Grocery Code Adjudicator to be extended to try and tackle this issue. 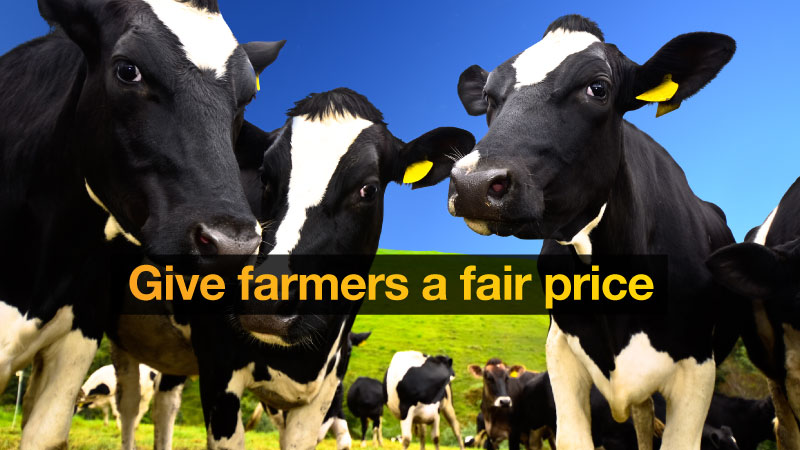 The Secretary of State responded admitting that the jurisdiction of the Grocery Code Adjudicator is limited, but there will be a review next year in 2016, and the Government look forward to hearing more information. Mark Williams pointed out that required action is urgent, and for many Welsh dairy farmers 2016 may well be too late.

"I am very concerned about the current pressures being put on the dairy industry which are forcing farmers out of businesses. As I said to the Secretary of State for Wales, a review of the Adjudicator in 2016 is not soon enough for the many farmers in Wales who may well go out of business in that time. We need action as soon possible to give the Adjudicator, as welcome as it is, to have more jurisdiction further down the food chain, including dairy suppliers."