Welsh Liberal Democrat Leader Jane Dodds has urged the Welsh and UK Governments to work together to turn Wales into a “renewable powerhouse” that could help allies in Europe reduce their dependence on Russian oil and gas imports. 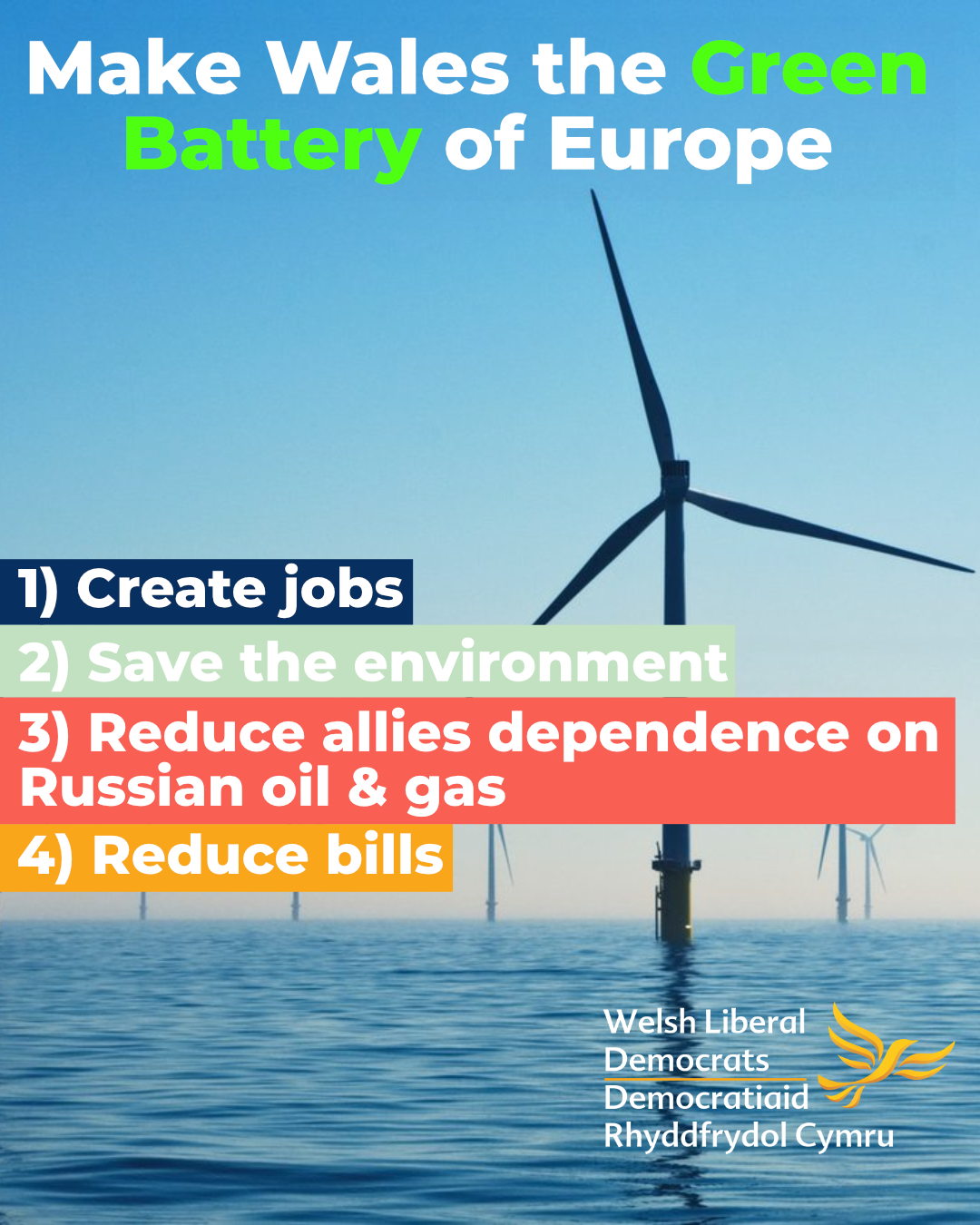 The Mid & West Wales Senedd Member describes the outcome of doing so as a “win-win” not only helping to reduce UK and EU dependence on Russian hydrocarbons but boosting Welsh jobs and helping save the environment and has called on projects under construction or in the planning phase to be fast tracked.

Wales currently exports over twice the amount of power it consumes and around 48% of electricity generation in Wales already comes from renewables. But with vast reserves of tidal power in the North and South of Wales, wind power in the West, the potential for Green Hydrogen facilities in former mining areas and hydropower potential throughout the country; Wales has some of the greatest potential for a green economy in all of Europe.

“Wales is fortunate enough that our location and our abundant climate-friendly natural resources mean that we are in a position not just to reach a fully renewable self-sufficiently in energy supply here in Wales, but also to actively contribute to helping our EU allies decarbonise.

“What we need to reach this though is the ambition. We need a full-scale green industrial revolution to maximise the energy we generate from wind, tidal and hydropower. This means going beyond the projects currently in the pipeline.

“To do this, we will need to see the Welsh and UK Governments work together with the private sector to bring in greater investment to the renewable sector in Wales. We should be investing in any project which offers a good chance of reducing domestic demand and expanding international supply

“Projects in the planning or proposal stages must be fast-tracked.

“The benefits of increasing our green energy production go beyond helping our allies reduce dependence on Putin. It would mean lower bills for Welsh consumers who are being hit by a cost-of-living crisis being caused by our dependence on fossil fuels. It would also mean thousands of new highly skilled jobs in future-proof industries.

“However, we need to ensure that the money generated from our vast natural resources is spent in Wales and benefits local communities. The production of wind turbines, hydrogen batteries and other renewable components should happen inside Wales.

“There is no good reason why Wales cannot be the Green Battery of Western Europe. The only thing that is holding us back is a lack of incentivisation for the private sector and a lack of interest from the UK Government in particular.”