The Liberal Democrats have launched their UK manifesto, giving the people of Britain a choice over their future.

They should have a say on the Brexit deal in a referendum. And if they don't like the deal, they should be able to reject it and choose to remain in Europe.

The Liberal Democrat manifesto will lay out plans to give everyone in the UK hope for a  better future. A brighter future for Wales in a fairer Britain where people are decent to each other, with a clean environment and an innovative economy. Not Theresa May’s cold, mean-spirited Britain.

“This election is the biggest fight for our country in a generation. It is about the type of country we want to be, and the future we want for all our children.

“Who says you have to settle for Theresa May’s bleak plan for our future?

“We are making the case for an optimistic, hopeful and tolerant country. A Wales that is outward looking and tolerant where everyone has the opportunity to get on in life.

“A Wales that has the tools we need to build an economy that works for everyone, to make our NHS and social care services fit for the future, and to give our children the best start in life.

“The Liberal Democrats want you to have a choice over your future. You should have your say on the Brexit deal in a referendum. And if you don't like the deal you should be able to reject it and choose to remain in Europe.

“A vote for the Liberal Democrats can change Britain's future.”

You can read the full manifesto here - 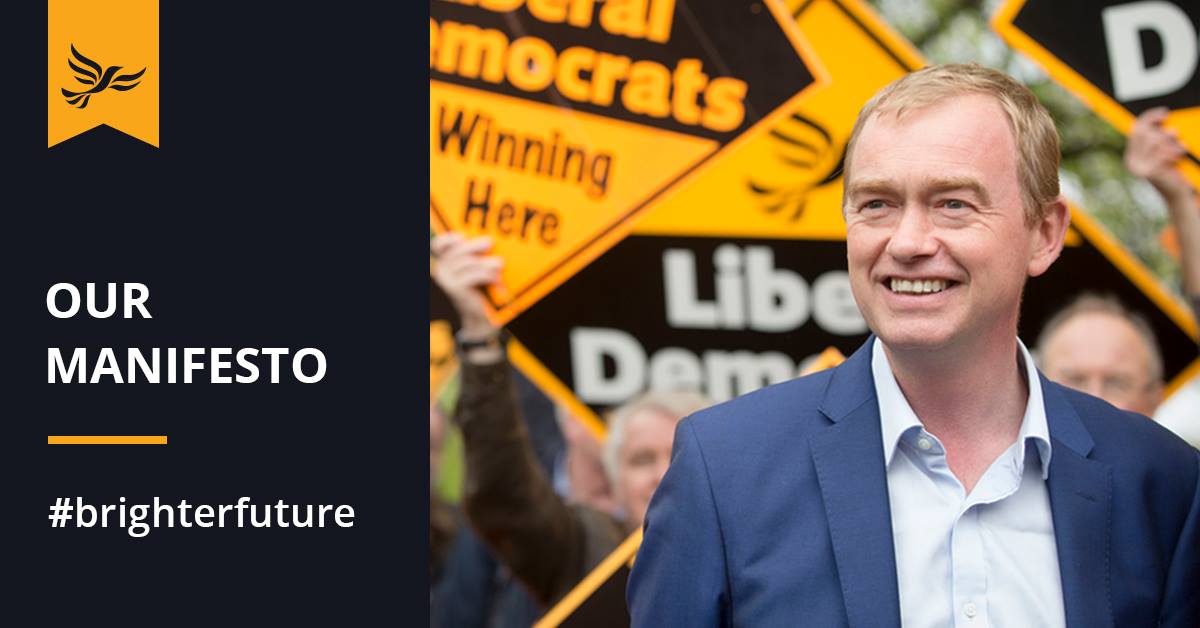