As the Conservatives announce yet another unfunded spending commitment in this election campaign, one thing has become crystal clear: the Tories are trying to pull the wool over people's eyes when it comes to funding public services.

The latest so-called "commitment" to give extra funding to the NHS has been widely criticised as the Conservatives simply won't spell out how they are going to pay for it. As Nick Clegg said, "the NHS doesn't need warm words, it needs hard cash". 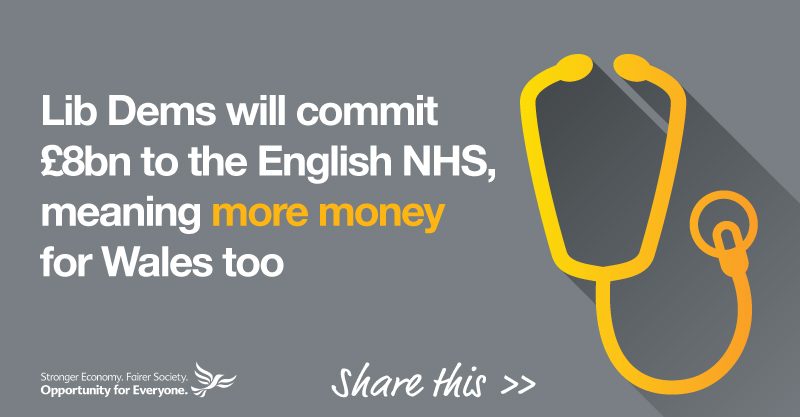 “The Tories still haven't said where they would find the money the NHS needs, unlike the Lib Dems. With their plans to cut and keeping cutting the budget throughout the next five years, they will have to take the money from other areas, damaging our precious public services.

“Unless and until the Conservatives show how they plan to pay for their promises, the Liberal Democrats will remain the only party to make a real, credible commitment to funding the NHS.

“The Liberal Democrats are the only party who has committed to giving the NHS the £8 billion it needs, which means millions of pounds extra for Wales' health service, and we have set out how we will pay for it.”

The £8bn pledge for the English NHS would mean Wales receives around £450 million.  The Welsh Liberal Democrats would use some of this funding to go towards more nurses on wards and mental health services.

The Liberal Democrats will deliver the £8bn the NHS needs by the end of the parliament through three steps: