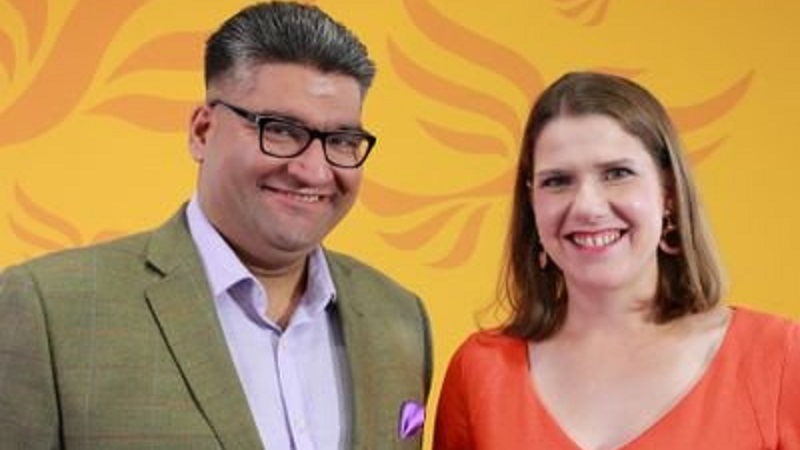 As MP for Montgomeryshire, Kishan will demand better for our communities and champion an open, liberal and prosperous Britain.

Kishan and the Welsh Liberal Democrats need your support to deliver their positive plan for change and to Stop Brexit.

Kishan is the son of Ugandan Asian refugees who arrived in the UK in the 1970s. As the son of refugees being born and brought up in the UK, he knows success requires hard work and is most often built on the support of family, friends and community. Despite his humble beginnings and growing up in a single-parent household, Kishan has gone on to gain valuable experience in numerous industries. Kishan currently serves as the Chief Advisor to the World Youth Organisation as well an ambassador for the Religious Education Council of England and Wales. As a law graduate and former teacher, Kishan is passionate about education and social justice. Kishan has also been a Director of a Special Educational Needs School.

With family in rural areas he is all too aware that rural communities are often neglected by the central government, particularly when it comes to the allocation of public services. With his passion for ensuring all children deserve the highest quality of education, Kishan is extremely concerned about recent Estyn Reports sighting significant educational deficiencies in Powys. Despite education being a devolved competency, as a member of Parliament Kishan would seek to be a powerful voice for ensuring rural communities do not suffer from a secondary tier of education or public services in general, campaigning for more investment in rural communities.

An enthusiastic and determined candidate Kishan comes to the campaign with an energised team ready to deliver an ambitious and positive campaign to win back Montgomeryshire. He is 100% committed to delivering a long-term strategy for the development of the Constituency including improving public services, building on the investment potential in the Constituency and on putting Montgomeryshire on the map.

Back Kishan and Demand Better for Montgomeryshire

Kishan and the Welsh Liberal Democrats need your support to deliver their positive plan for change, demanding better for Montgomeryshire and to Stop Brexit.