Jane Dodds - Aberpergwm Coal Mine Expansion Must be Stopped

The Welsh Liberal Democrats have reiterated their opposition to the expansion of Aberpergwm Coal Mine in Neath Port Talbot Council. Addressing a protest in front of the Senedd Welsh Liberal Democrat Leader Jane Dodds stated that if we are to stand any hope of tackling climate change before it’s too late, the coal must be left in the ground. 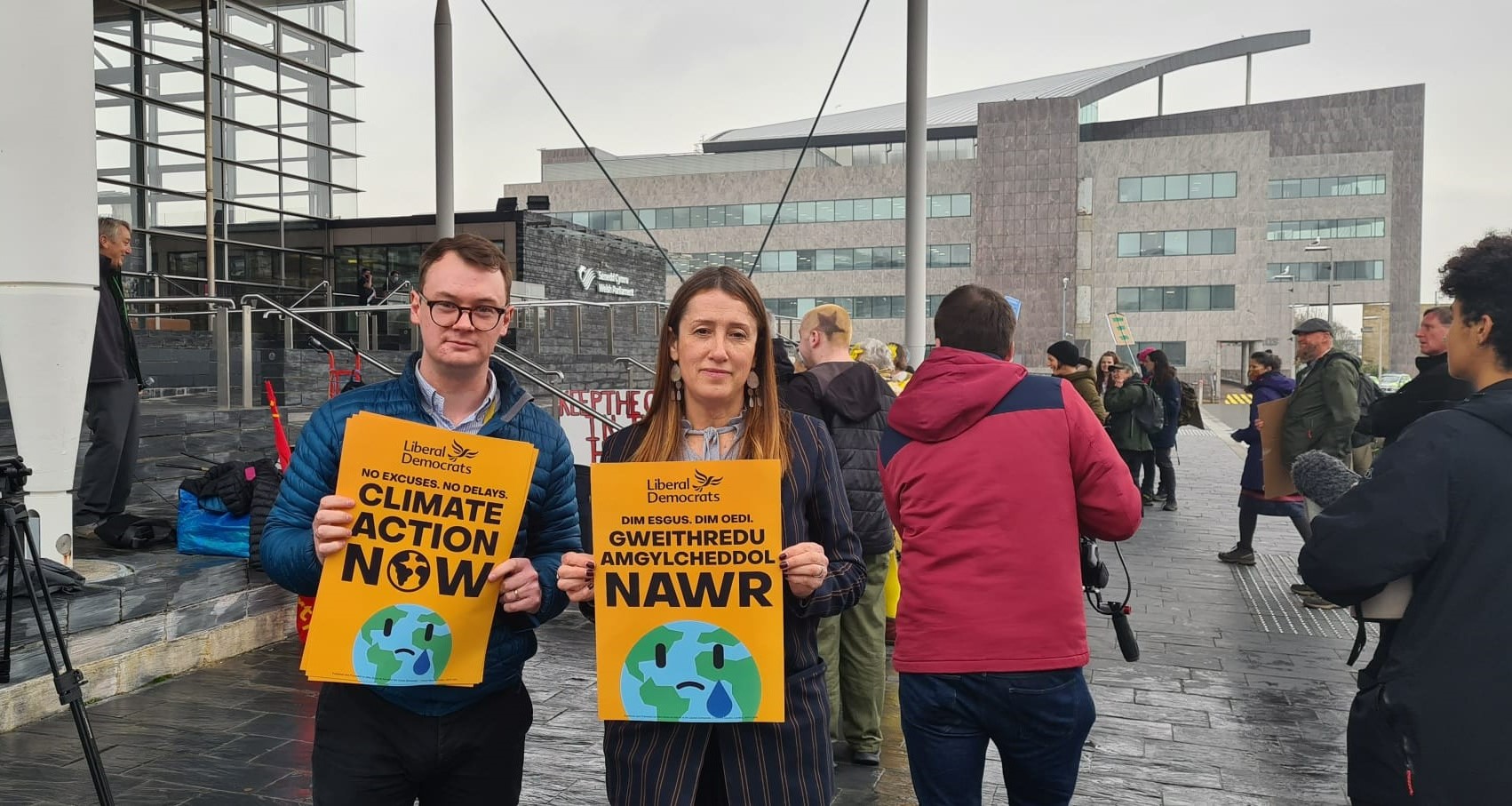 The protest in front of the Senedd in Cardiff saw multiple Welsh climate groups attend.

The new license, which was approved by the Coal Authority in January will allow Aberpergwm Mine to extract another forty million tonnes of coal. The development could release up to 1.17 million tonnes of very strong greenhouse gases, including methane and carbon dioxide into the atmosphere.

“It is absolutely ludicrous that in the middle of a climate emergency we are considering expanding coal mining in Wales. The Welsh Liberal Democrats are absolutely clear, coal should be left in the ground. 2050 is no longer in the distant future.

“While our opponents will try and paint us as being against job creation this is absolutely not the case. We believe the people of Glynneath deserve high-skilled future-proof jobs, not ones in a declining industry that will last only a decade at most.

“With plans to move steelworks in the UK to Green Hydrogen by the mid-2030s, we are calling on the Welsh and UK Governments to locate some of its Green Hydrogen projects in Glynneath, bringing long term employment to the community and ensuring no one is left without a job as industries begin to change.

“While the Welsh Government’s powers over this affair remain unclear, one thing for certain is the UK Government could veto the development if it wished to do so. Just months after claiming a big win at COP26 on the issue of coal mining, Boris Johnson needs to put his money where his mouth is or risk undermining both the UKs climate goals and its global leadership on the Green agenda.”