Ahead of today’s Senedd debate on a cladding safety Bill, the Welsh Liberal Democrats have reiterated their calls that the Welsh Government must protect people first and pursue developers later when it comes to tackling the cladding crisis. 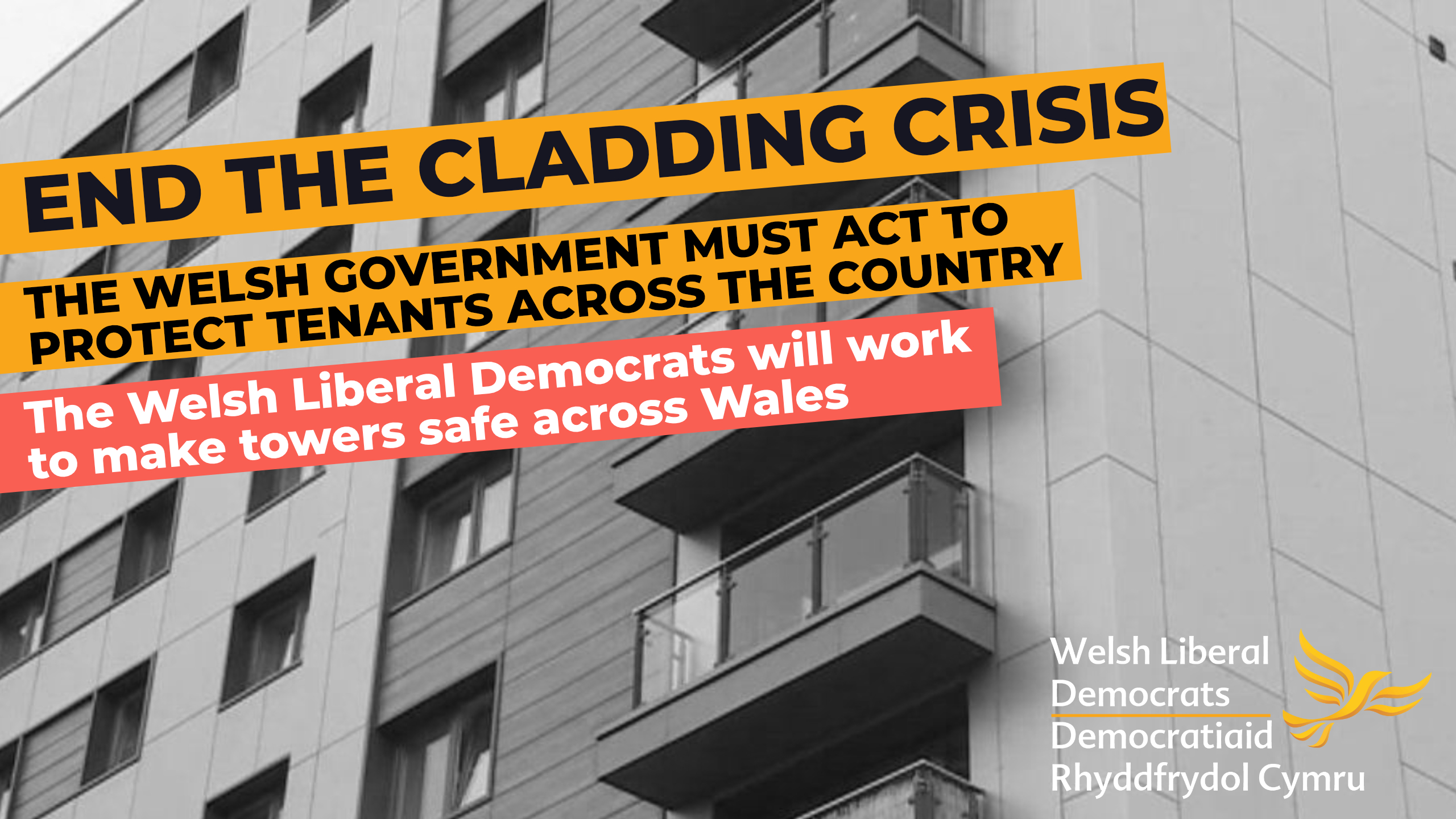 Under current plans, the Welsh Government is pursuing developers to force them to pay for the removal and replacement of unsafe cladding, but the Welsh Liberal Democrats have argued that citizens cannot continue to live in unsafe accommodation or front up the bill while the Welsh Government wrangles in legal loopholes with developers.

The Party is calling on the Welsh Government to front the cost of the changes as soon as possible and pursue the developers for costs at a later date in order to ensure no one is living in unsafe accommodation.

“The cladding scandal has been a long and drawn-out nightmare for leaseholders. I cannot imagine what it feels like to have a waking watch being what’s keeping you and your neighbours safe, to watch costs skyrocketing, the price of your property plummeting – all while many of the property developers continue to make a profit.

“I have now heard countless stories of the terrible reality of the situation people are facing. In South Quay, Swansea, leaseholders are facing service charge increases of up to £4000 in this year alone.

“Similarly, leaseholders in Cardiff face costs of up to £8,000 per year – with that figure set to rise.


“People feeling like they are falling through the cracks, waiting for action as costs rise, feeling that their lives are on hold, becoming unwell and needing counseling.

“It's appalling that the burden of responsibility has been placed on these innocent leaseholders, rather than the building owners and developers who cut the corners in the first place.

“Cladding is just the tip of the iceberg. As they’ve found recently in Australia – the internal alterations required are substantial, disruptive, and costly.

“Rather than taking a begging bowl to developers asking them to do the right thing, this Government needs to protect people first and recoups costs later.

“There deserves a tremendous amount of recognition for those people across Wales who have had no choice but to become campaigners rallying people together to press for action – all the while dealing with the potential of financial ruin experiencing huge personal strain.

“This issue must be solved once and for all.”