Marking carers week, the Welsh Liberal Democrats have renewed their calls for greater assistance for unpaid carers in Wales. 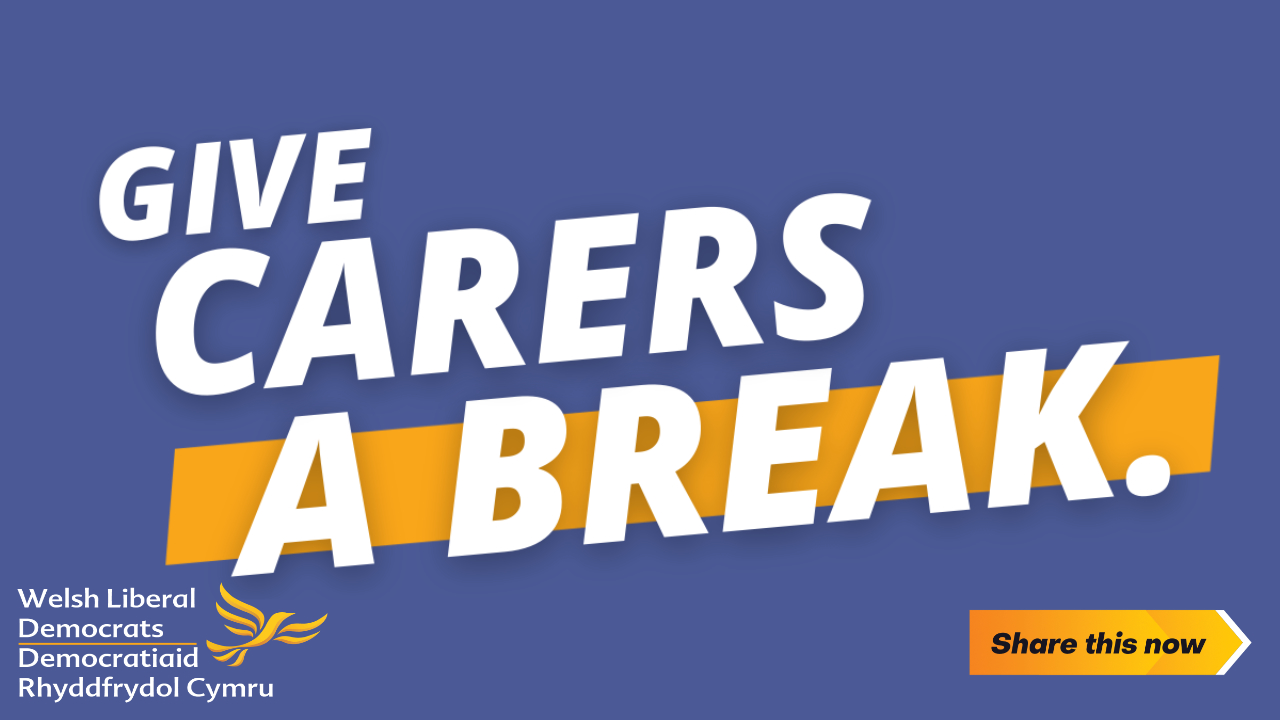 Around 350,000 unpaid carers in Wales rely on a Carer’s Allowance of just £69.70 a week. In Wales the problem is particularly acute with over 30,000 young people under the age of 25 acting as carers for their families including thousands under the age of 18.

The Welsh Liberal Democrats are calling on the Welsh Labour Government to give the right to respite to all unpaid carers permanently allowing carers to take a break from their caring duties more often and expanding the existing scheme to include access to training, education and career support.

The party has also called UK Conservative Government to increase the carers allowance by £1,000 a year, bringing the weekly payment to almost £89. The call comes after Chancellor Rishi Sunak left carers out of his cost-of-living package.

A one-off payment from the UK Government of £650 to help benefit claimants with living costs will go to recipients of universal credit, tax credits and income support, but not those getting the carer’s allowance.

“Our wonderful carers deserve more support, but they are too often forgotten and ignored by people in power. Rishi Sunak and the Conservatives have treated family carers with utter disdain by refusing to offer them extra support.

“This means unpaid carers in Wales are facing a real-terms cut to their income of more than £200 than they otherwise would have.

“It is typical of the Conservatives, who time and again have ignored the plight of families. The chancellor needs to make one more U-turn and give unpaid carers the extra support they deserve.

“Unlike this out-of-touch government, the Welsh Liberal Democrats will stand for carers with our calls to increase the carer’s allowance by £1,000 a year.”