A protest was held this Saturday in front of the Senedd steps in Cardiff Bay to demand action by the Welsh Government on the cladding scandal. The meeting was organised by the Welsh Liberal Democrats and is the first hosted by a political party in Wales. 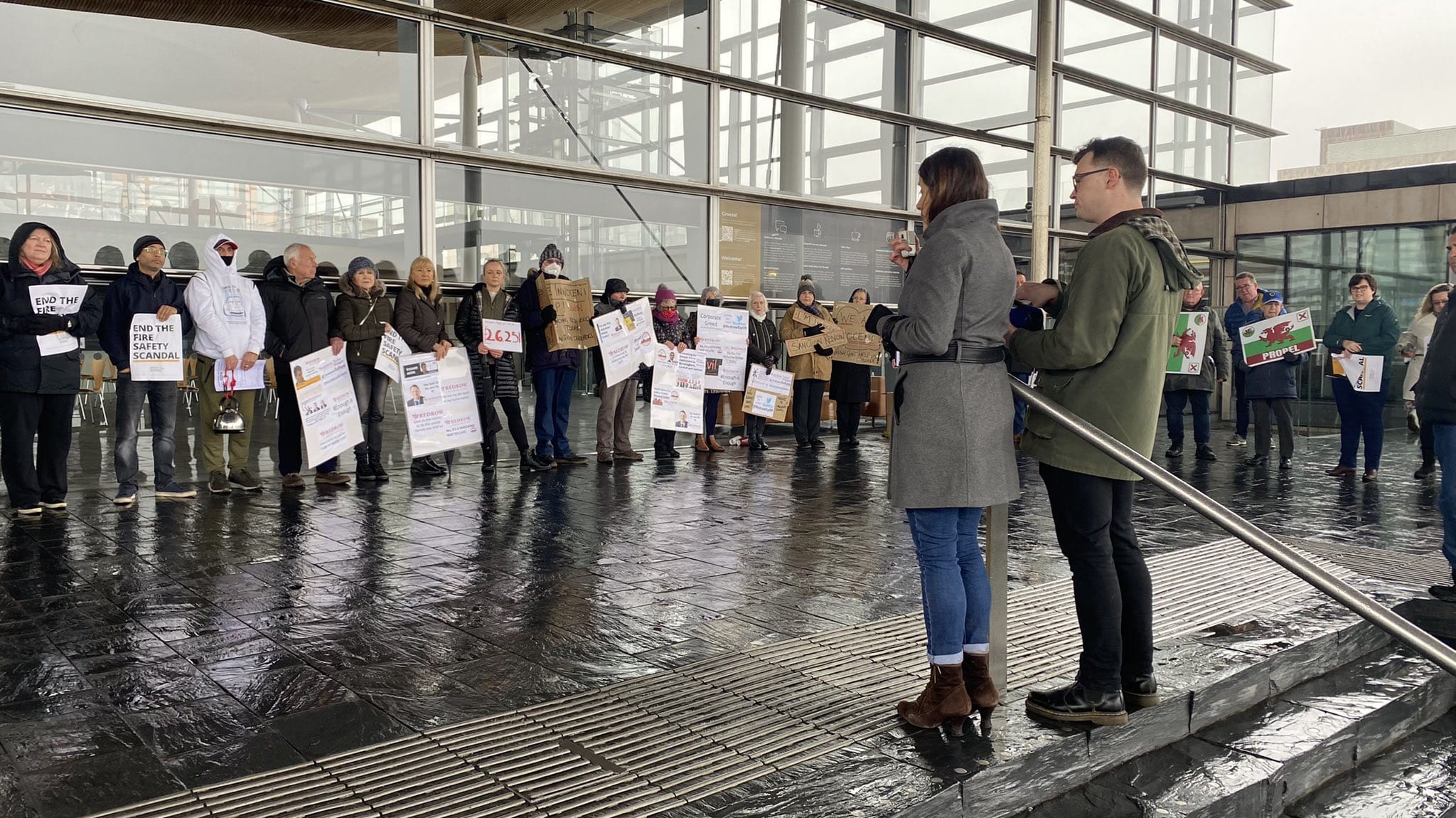 Victims of Cardiff’s cladding scandal, unveiled during the wake of the Grenfell disaster are facing bills up to £60,000 each for safety work to fix their unsellable, fire defective homes.

Although the Welsh Government have agreed to fund the recladding of social housing, many private leaseholders are still facing both the costs of recladding and interim safety costs themselves.

The Welsh Liberal Democrats have called on the Welsh Government to introduce a Welsh Building Safety Fund to deal with all fire safety defects as quickly as possible and ensure no tenant or leaseholder is left out of pocket.

“It is utterly appalling that over four years on from Grenfell we still have people being trapped in unsafe buildings and let down by those in power. People should absolutely not be forced to front the cost for the serious mistakes of property developers.

“The stories we have heard at this protest are really harrowing and the Government urgently needs to engage with those affected and step up to the situation.” 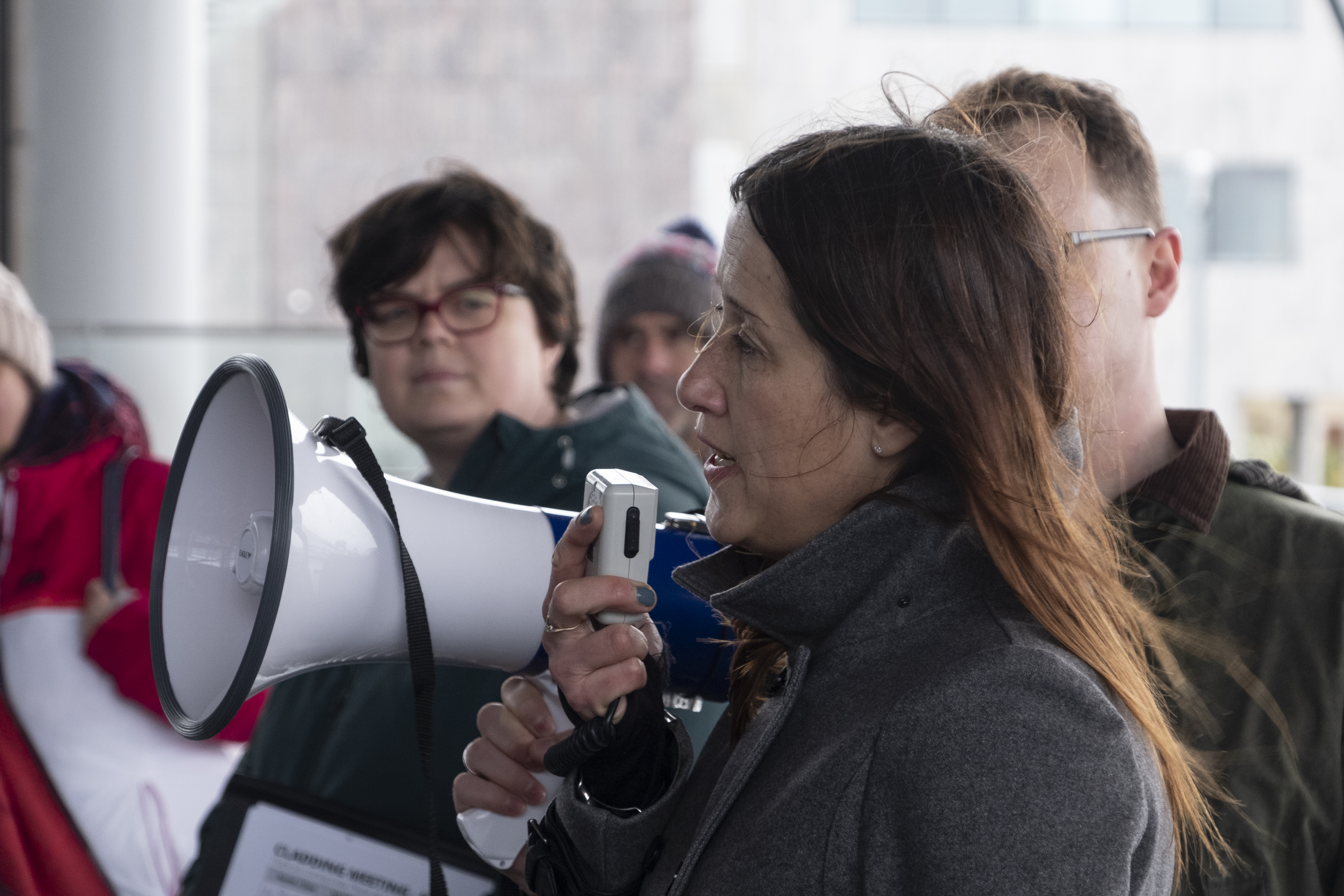 “This is a national scandal and yet most politicians are mostly silent on the issue. People have waited far to long for action and are trapped in potentially unsafe homes. These leaves not only the possibility of another disaster on the horizon, but is having hugely negative impacts on the finances and mental health of those affected.

“Welsh Labour urgently need to introduce funding for those in private leaseholds to fix cladding issues. Many of the people we’ve spoken to simply cannot afford to make the changes themselves, let alone wait while they chase property developers. The Welsh Government on the other hand has the financial power to do this.

“We heard from one protestor who was paying over £500 of her £8000 pension out in service charges and repair charges for her flat.

“It was disappointing to hear from so many at the protest about the lack of engagement from the Welsh Labour Government and Labour-run Cardiff Council.” 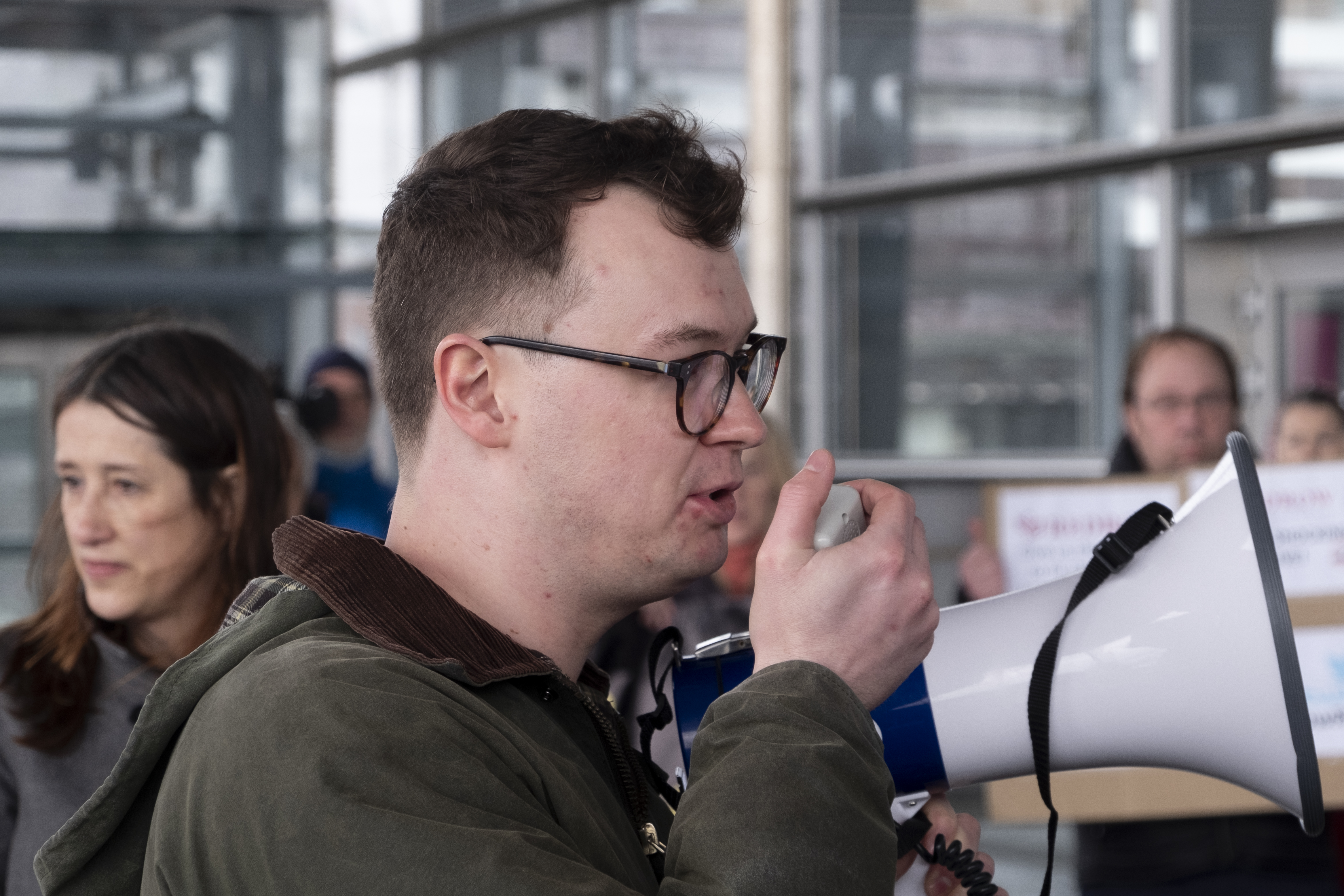